Interview with The Passive Standouts – Lebanese Representative in GBOB 2011 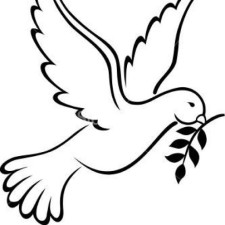 The Passive Standouts will be representing Lebanon in GBOB 2011 which will feature bands from 28 countries. Here’s an interview with the band about their musical history as well as their experience at the local GBOB 2011 competition.

Rami: It first started out in 2007. Ian and I were in school together and had a common interest in the same kind of music. We talked about creating a band together and writing out some songs. We were trying to find a good place to rehearse before we could get the whole thing started. It was just the two of us in the beginning, but then we talked to Karl who played in another band with Ian.

Ian: Karl and I always got along, and it was the same with him and Rami. I moved into a new apartment that had a huge storage room. Luckily enough, we had nothing to store, so we turned it into a music room. We’ve been able to practice since then. We would have regular practices every Saturday, and it’s been that way ever since. We’d have some gigs every once in a while.

Ian: Personally, I don’t like to limit myself to music. So, even if it’s something I don’t necessarily like, I would still listen to it because you can take many things from different types of music. But, if it weren’t for the people that really motivated us to want to play music in the beginning, like Hendrix, who has been a huge influence to me as a guitarist…there had to be him and all the people that came from that branch from the musical tree. That’s kinda the source for me. It doesn’t matter what the influences are. As long as they have an influence on us and it helps us bring out the sound we want. If our music style is legit and corresponds to our lifestyle, then there shouldn’t be a fear of being unoriginal.

Rami: With this band, a huge influence on me is The Arctic Monkeys. My playing reflects a way more diverse set of influences. I take lots of elements from grunge music and a lot of elements from Metal. I listen to Metal most of the time and I really enjoy funk and blues too. So I try to incorporate many styles of playing as possible. I think the three of us use our individual influences while keeping the same foundation of the band, which is mainly punk and the Indie wave of 2005-2006. I’d also like to say that I think that the three of us all listen to different music on our own time. We all have different favorite bands and interests, but with the band, we find common ground.

Karl: For me it’s much simpler. I guess it’s French music influence, like French Rock. I’m into some Indie, Rock, Punk, like The Offspring, Funk, and other stuff.

Ian: Well, mixed feelings about that. We thought they were naming the bands from 3rd place onwards (Ed note: the three bands that made it to the second round of the finals). Then Rami started jumping, and I was wondering like “wait, is it too early to jump?”. We thought all the other bands had something special, because they were the winners of their respective Heats. Lebanon also has a shortage of original bands, so anyone that writes their own music as opposed to just playing covers is someone to look out for and someone to respect. We were very in the blank entering the competition. We just fought as hard as we could.

Karl: Those two were stressed out so much. Ian peed 10 times that night, and Rami was feeling really anxious. There were some awesome bands that night, like Limelight and Homemade. We’ve played with them before and we know them well. They’re great friends. We met the guys from Episode at GBOB and they were really nice people. It was a shock for us to win.

Rami: Well, this definitely opened doors for us. I like to think winning GBOB in Lebanon got us our ticket out of here. I don’t think the type of music we play fits the scene here. I don’t know, we never really felt that our music is appreciated here. It was a breath of fresh air to win this one. We want to be as original as possible, and at first I felt the most confident. I felt that we were going to win Heat 6, which we did. At the final, though, I had big doubts towards the end. I was really stressing out and all that. All in all, I’m really glad with how it all turned out in the end; it was really cool.

Ian: Between Homemade and Episode, well Episode is composed of legendary musicians. John’s been playing drums for ages, and I heard of him before I even moved to Lebanon. He really surprised me. He showed me that nobody exaggerated or added salt and pepper to his reputation. As a trio, they were amazing. I think Episode were one of the biggest threats to us. They were the only trio there after all. I just felt like we had to reach their level when we were competing. Homemade are good friends of ours since high school. We’ve known them since then. We always support them no matter one. Even Karl played for Homemade at some point. Karl: They’re all young musicians too, between the ages of 18-20!

Ian: Yeah, they’re all first year university students. They’re a very tight band, and very modest people as well. You can sense the professionalism coming out of their performance.

Karl: I personally was for Homemade. I watched them grow as musicians, and I’ve known them for ten years. They really surprised me at GBOB. Limelight’s song was also stuck in my head, what was it called? Rain On? Yeah it was awesome!

Rami: I really liked Episode as well. It was really interesting and their stage presence was great. They did a great job. Avo is a great musician. He really has everything to succeed as a musician. I also really liked Arctic IX and Nocturna, because they play the type of Metal I listen to. Arctic IX has the progressive side that I love, and it’s a huge influence. I love Nocturna’s music too. Those were my three favorite bands.

Ian: Well the number of venues has drastically gone down since we started. Now there are just a few places where you can play. Back then, there were three main towns where you could gig. There was Cherry’s in Antelias which really had a huge impact on the Metal scene. There were Metal shows all the time, and Bassem Deiabess from Blaakyum was running the place. He contributed a lot to the Metal scene, which is why it expanded in Lebanon. We tried organizing a battle of the bands, and we saw more bands emerge like Six Pack Abs and Limelight. Oblivion were there too.

Ian: Stick by what you do. Don’t give up and don’t let anyone put you down. Most of all, don’t resort to just playing covers. If you’re original and determined, you just need those two things in your head.

Rami: Most bands should spend more time finding a unique sound and not simply emulate what their favorite bands too. It sounds like a risk, but it’s the risk that all musicians should do if you want to succeed. Maybe not in Lebanon…but if you ever want to leave and make an impact outside.
There are too many bands here and in general that sound the same, and it’s nice to see bands that break from tradition. Find what you’re good at and be original.

Ian: You mentioned in Lebanon and this may not just apply in Lebanon, but in general. Back then, you had to be incredibly original and talented to get a shot at recording an album or whatever. Now it’s much easier, because production tools are more portable and more affordable. Almost anyone can have a homemade studio. Distribution tools, the Internet, it’s all out there. Everyone has a fair chance these days. What I said before can be applied globally, and the same applies with what Rami and Karl said.

Ian: We’re working on a few things right now. We’re working on a photoshoot and trying to get it involved with friends and fans on Facebook. We want to have something unique and make them involved. We’re also thinking of merchandise, printing t-shirts out for dirt-cheap and giving them out.
But we want to start recording as soon as possible, since we won all these recording prizes and what not. Once all the tracks are out there, depending on how many hours we can get from here and there, we will compile it into one album, distribute it for free, and take things from there.