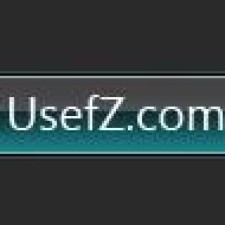 Coming from Northern Finland, Eternal Tears of Sorrow is simply another immense Finnish ‘production’ in the Melodic Death Metal scene. Known for their distinguished keyboard melodies, EToS also show a somewhat Gothic influence that adds to their music that special vibe.

Since their first album, this band has shown great musical talent and creativity composition-wise, and is apparently marching steadily towards greatness among its kind of bands. With their distinctively romantic yet sorrowful lyrics, and their touching melodies often marked by a large keyboard contribution, EToS give their style a certain serene, dark ambiance, full of despaired passion, miserable romance, with sparks of hope that sometimes figure here and there throughout their albums.

Each of their albums has its own original mood. Personally, I just love them all, having favorite songs in each. Still, their fourth album, A Virgin And A Whore, is the one I’d always choose first, with three of EToS’s all-time greatest tracks (in my opinion): The River Flows Frozen, The Last One for Life, and Fall of Man.

Autumn’s Grief and Nightwind’s Lullaby sure are equally great and addictive songs, definitely a must-listen, with the first marked by its atmospheric, dark acoustic ambiance, and the second full of remarkably uplifting melodies, and simply brilliant lyrics.

The band finished recording and mastering ‘Children of the Dark Waters’, their newest album which is due sometime in May 2009. A new single, Tears of Autumn Rain was released recently on the band’s MySpace page, you can check it out there. Well, finally, I can say I’m totally looking forward to the new tunes, I’m quite confident the album will be a blast.