With the band’s genre technically ranging from atmospheric serene tunes, to extremely devastating hardcore riffs and beats, BTBAM’s new State-of-the-art album, Colors, is simply one hell of a ride.The concept album holds 8 tracks of musical brilliance, with outstanding technical abilities the band members managed to reveal through genius tunes marked by an unprecedented creativity that gives an insight to the band’s bright future.

BTBAM had shown their remarkably diverse musical influences through their cover album, ‘The Anatomy Of…’ (2006), where they covered songs for legendary bands such as Pink Floyd, Queen, Metallica, Sepultura, Pantera and many others. The combination of those influences gave birth to one of the greatest albums of all time in the Core music industry, where complex guitar techniques meet with the finest of melodies in a fusion of hardcore, psychedelic, jazz, country and much more.

Personally, the song that lured me into downloading the whole album was Ants Of The Sky, where -in my opinion- the album’s progressive feel reaches its peak; kicking off with devastating yet heavily melodical riffs along with masterful growls that suit the mood just fine, then, halfway into the song, breaking down the rhythm and introducing a totally different mood, with a dark guitar riff that builds up into an awesome ‘sad’ part marked by brilliantly emotive vocal work. And, right after, the guitar kicks in for an awesome jazz solo, followed by an awesome country music-driven, which is where the track’s, and generally the album’s diversity shines. Prequel To The Sequel is an equally enjoyable track that also has the extreme mood diversity of its prequel’s. Not to forget Sun Of Nothing and Informal Gluttony, which also make great contributions to the album’s original themes and moods.

All in all, the whole concept album altogether is simply a masterpiece, by a considerably young band that, despite its ‘freshness’ to the metal – metalcore scene, is already making such brilliant musical work and showing, simultaneously, inhuman musical ability and techniques. BTBAM is a greatly promising band indeed that so quickly made such a heavy impact and, what’s left to say is, brace for what’s yet to come. 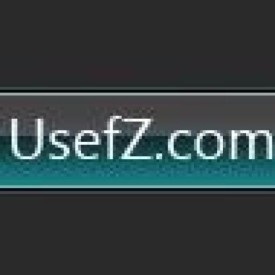