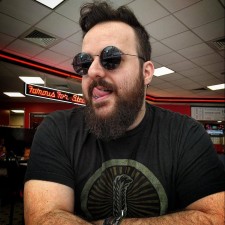 2018 was yet another loud good year for metal! Let’s take a look at the 2018 summary of bands (disbanded, reformed), deaths, events and awards. Feel free to add what you thought was important in 2018 in the comments!

January 22 | Slayer annouced their farewell tour after 37 years. Their Final World Tour was supported by  Lamb of God, Anthrax, Testament and Behemoth who were replaced by Napalm Death.

February 12 | Glenn Tipton announced that he had Parkinson’s disease, with which he had been first diagnosed with a decade ago, and would no longer be touring with Judas Priest. He stated that he was still a member of the band despite his diagnosis and did not rule out future on-stage appearances. Producer and former Sabbat guitarist Andy Sneap was announced as his replacement for future tours.

March | Nightwish embarked on a nine-month world tour, titled Decades: World Tour, featuring a special set for fans, including songs that had not been played in a long time. The tour began on March 9, 2018, and an accompanying 2 CD compilation called Decades was released on the same day.

September 13 | Vocalist Vince Neil announced that Mötley Crüe had reunited and recorded four new songs for the film adaptation of the band’s biography, The Dirt – Confessions of the World’s Most Notorious Rock Band.

January 3 – Josiah Boyd, former bassist of A Hill to Die Upon, died after a car accident at the age of 32.

January 5 – Mikio Fujioka, guitarist of Babymetal, died from injuries caused by falling off an observation deck at the age of 36.

January 10 – “Fast” Eddie Clarke, guitarist of Fastway and former guitarist of Motörhead, died of pneumonia at the age of 67.

January 16 – Dave Holland, former drummer of Judas Priest, died from undisclosed reasons at the age of 69.

February 7 – Pat Torpey, drummer of Mr. Big, died from Parkinson’s disease at the age of 64.

March 18 – Frank “Killjoy” Pucci, vocalist of Necrophagia, died from undisclosed reasons at the age of 48.

April 30 – Tim Calvert, former guitarist of Nevermore and Forbidden, died from amyotrophic lateral sclerosis at the age of 52.

May 9 – Ben Graves, former drummer of Murderdolls, Dope, and Pretty Boy Floyd, died from cancer at the age of 46.

June 6 – Ralph Santolla, former guitarist of Iced Earth, Deicide, Death, and Obituary, died after suffering a heart attack, falling into a coma, and being taken off life support at the age of 51.

June 22 – Vinnie Paul, drummer of Hellyeah and former drummer of Pantera and Damageplan, died from dilated cardiomyopathy and coronary artery disease at the age of 54.

July 27 – Mark “The Shark” Shelton, vocalist and guitarist of Manilla Road, died from a heart attack at the age of 60.

August 14 – Randy Rampage, former vocalist of Annihilator, died from a heart attack at the age of 58.

August 14 – Jill Janus, vocalist of Huntress, died from committing suicide at the age of 42.

August 25 – Kyle Pavone, vocalist of We Came as Romans, died from a drug overdose at the age of 28.

October 16 – Oli Herbert, guitarist of All That Remains, died from drowning after taking antidepressants and sleeping aids at the age of 44.

October 23 – Willy Lange, bassist of L??z Rockit and Dublin Death Patrol, died from injuries sustained in a motorcycle accident at the age of 57.

November 29 – Erik Lindmark, vocalist and guitarist of Deeds of Flesh, died from sclerosis at the age of 46.

December 3 – Carsten Otterbach, former guitarist of Morgoth, died from multiple sclerosis at the age of 48.

December 7 – Lucas Starr, former bassist of Oh, Sleeper, died from colon cancer at the age of 34.

Winners of the 2018 Metal Hammer Golden Gods Awards which took place at the Indigo at The O2 Arena, London on June 11, 2018.

*Wolves In The Throne Room